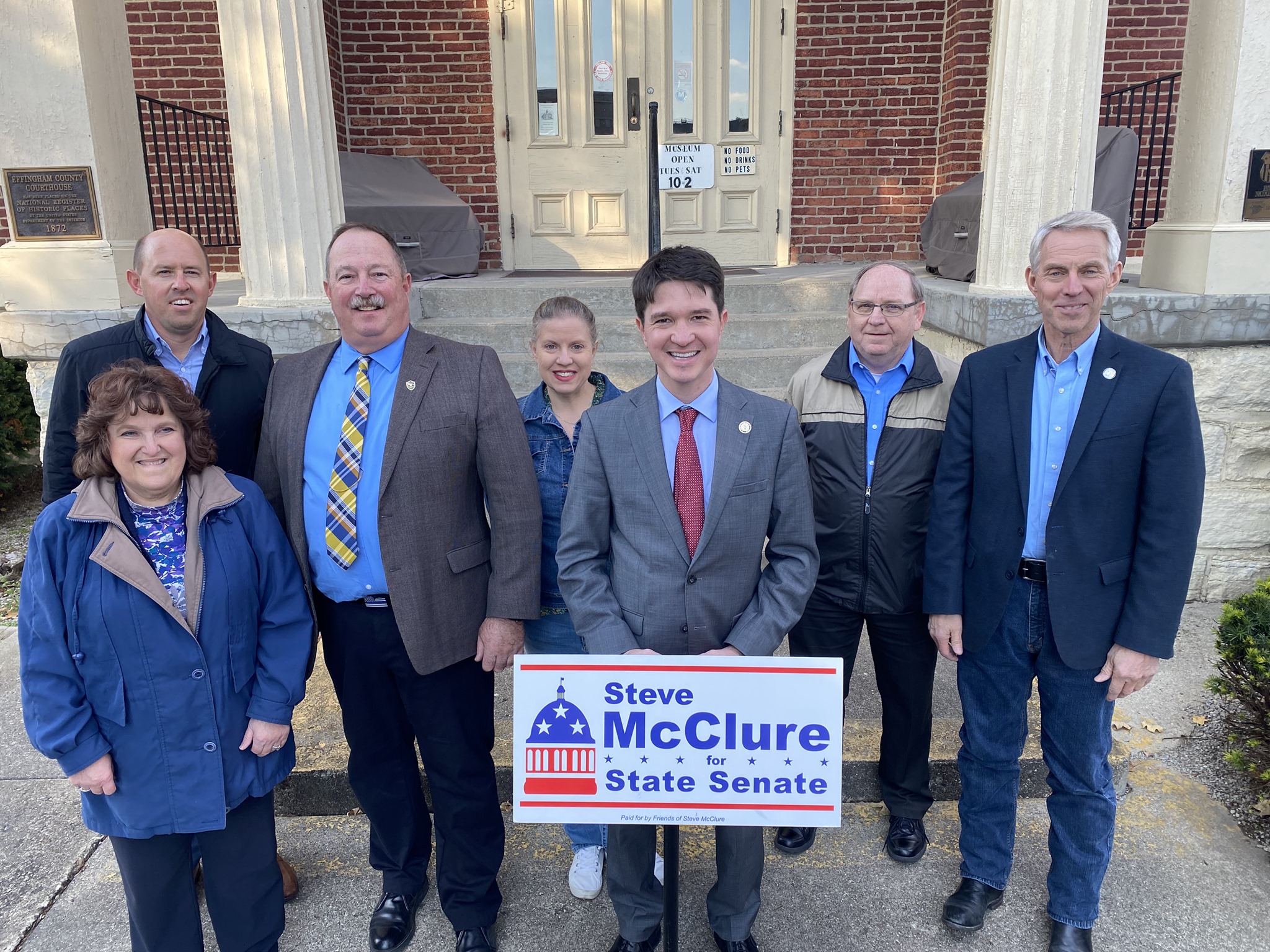 After three years in the Illinois Senate, Springfield's Steve McClure is introducing himself to a largely new constituency.

McClure is serving the 50th Senate District, but if the current remap remains intact he'll be serving a 54th Senate District that extends farther south and east, and that includes Effingham. McClure made a stop Thursday outside the Effingham County Courthouse Museum, saying hello to local media and Republican Party officials. The announcement event was organized by Effingham County Sheriff Paul Kuhns.

The 37-year-old McClure is a former prosecutor in the Sangamon County State's Attorney's Office. Asked why he originally decided to seek office, McClure said his predecessor, St. Sen. Sam McCann was "a crook". McClure ran and was elected, while McCann ran as an independent for governor, and is now being prosecuted for alleged offenses while in office.

McClure is Republican spokesman on the Criminal Law Committee in the Senate. He attacked the Crime Bill passed in the General Assembly and its initial impact on the law enforcement community as well as in years to come.

McClure also pointed to successes since he took office, including creation of a license plate that has generated funds for pediatric cancer research, tougher protections against online exploitation, and expanded job opportunities for veterans.

Among those on hand for McClure's announcement was 102nd District State Representative Brad Halbrook of Shelbyville, who will be in the redrawn 107th House District and is expected to announce his candidacy in the near future. The 107th District will include a portion of Effingham County.